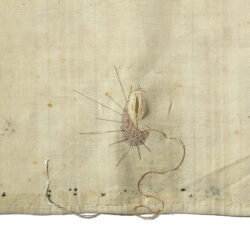 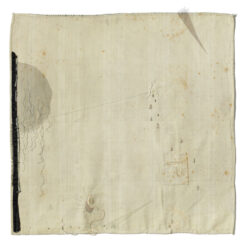 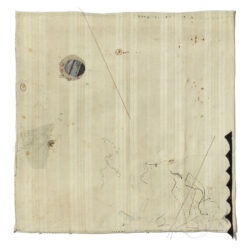 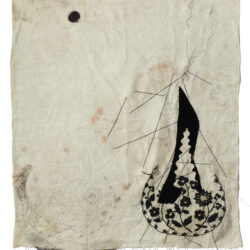 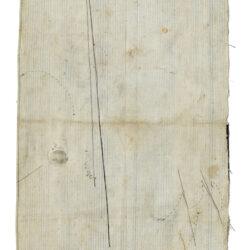 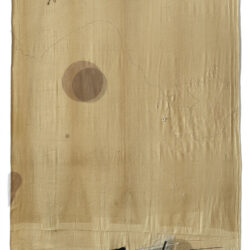 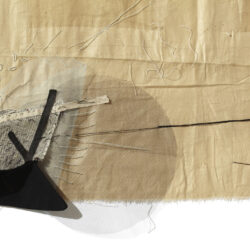 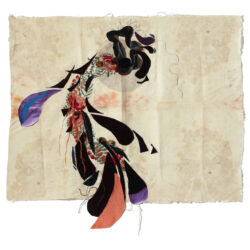 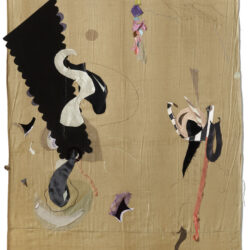 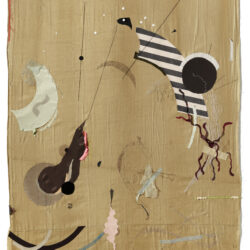 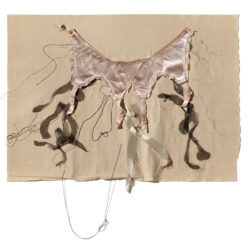 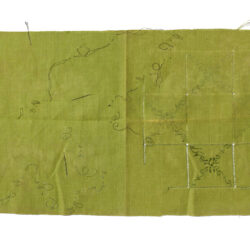 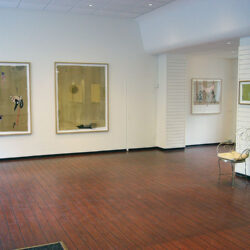 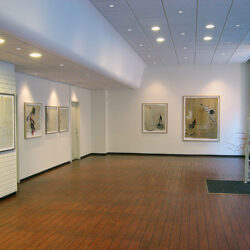 ”But I’m actually a fairly realistic person, and I only trust what I’ve seen with my own eyes. Logic, superciliousness, mathematics and all the isms and theories are only for people who can’t see things with their own eyes. And most people in the world actually can’t see with their own eyes. I don’t understand it, because if you have the will to do it it’s something anyone can do.”

In Pernille Egeskov’s pictures it is possible to rediscover that same security in the things she sees and experiences. Her pictures take their point of departure in experiences and observations from our everyday life which she realises in a non-figurative and poetic pictorial language. Her pictures don’t find their inspiration in some purely imaginary world. Rather, they come from the seen and the felt, from sensing underlying intentions, feelings and motives. Pernille Egeskov observes the world in a fashion that is both open and precise, clear and nuanced, and she succeeds in rendering her observations in an abstract pictorial language which recalls a kind of poetic realism: a realism where the poetic dimension and unconscious intuitions from both light and dark parallel universes mingle with the real world.

For this exhibition, Pernille Egeskov has used background materials that bare traces of both wear and use, traces of as yet unfinished needlework. Pernille Egeskov’s intention has not been to complete an unknown person’s project by finishing the job, but to use the as yet unfinished work as a complex space of unspecified meanings where she adds her own actions and leaves her own traces and thereby creates a new picture which she gives a whole new twist and a whole new direction.

This method suggests a conscious eye for the fact that all actions take place in a broader social context, and that these actions leave traces that are both visible and unseen. Pernille Egeskov’s pictures invite us to reflect on our actions – the things we do in the world – and to sense the space within which these actions unfold. Her pictures show us that the space within which we act is laden with intentions, motivations, desires and objectives… and with poetic stories.

Pernille Egeskov does not suggest these stories in an easily decipherable way. Her pictures appear investigative, as if she is exploring the effects and strategies of the pictorial language. At the same time, her pictures bare witness to great care, and her compositions are both subtle and precise. The images’ forms and colours arise from old marks, from new fabric surfaces in both delicate and contrasting colours and from winding ribbed bands which create an intense dialogue with the pictures’ lines. Old stitches and marks are reworked with new stitches, new forms and new lines.

In Pernille Egeskov’s pictures a line seldom functions as a contour describing a shape, rather it takes its own path and creates its own movement. On occasion the line acts to anchor a shape to the surface. Sometimes it just points the way. The line creates a sense of intensity in the picture and establishes a dialogue. To me, both the composition and the line in Pernille Egeskov’s works bring John Cage’s unconventional scores such as the Fontana Mix series to mind. Indeed, there are a number of elements of Pernille Egeskov’s abstract pictorial language which bare comparison to music. The dynamic of the composition, the rhythm, the subtle touch of transparent fabrics or small locks of glossy thread that are taken over by the powerful tones of textiles and colours.

The pictures speak both in piano and forte, but what’s really interesting is perhaps what happens in the space in-between. Just as John Cage’s music made us aware how the space between the tones, the quietness, is potent and charged in both an inner and an outer sense, so, in the same way, Pernille Egeskov’s pictures show that the ”open areas” of the composition are loaded fields where both life and poetry’s reflection are to be found. In the space in-between, in the interval and in the quietness, our senses are sharpened. Pernille Egeskov’s pictures show us that pictorial art is perhaps really something that can be both seen and listened to… And then fully rely on that which one senses.